doublegunshop.com - home
I told you that I have a 20 ga W&C Scott &Son ejector expressly made for Luis Vives & Cía (Luis Vives was Schilling's father-in-law).

On the rib there is a gold cross. A good american hunter told me that it is the Maltese cross. I see this cross in others Scott &Son, but may be a choose of who purchase the shotgun. I don't know.

What do you think that it means? 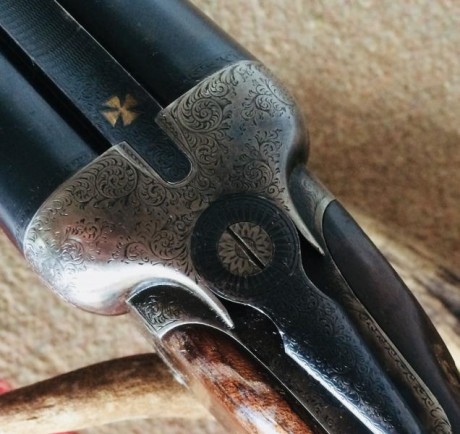 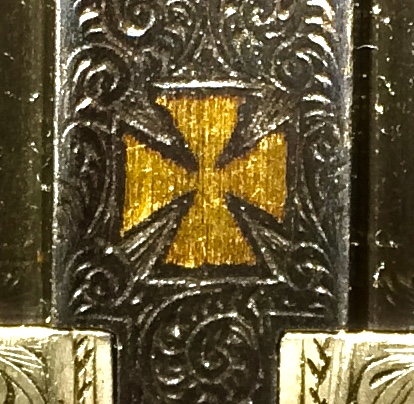 Regards!
Very nice! The cross is from the knights of Saint John Hospitalable (sp) The four arms of the cross represent the four Cardinal Values: prudence, justice, fortitude, and temperance.

I have seen a few German gun with the same cross. I use to think of The cross associated with German military until a German officer set me straight. He had a Merkel o/u with the cross in gold on top rib and on the trigger guard.

But I am sure if you go on line, and do a search I would expect you’ll find a ton of information on the meaning of the 8 pointed cross. But I’ll stick to the 4 cardinal values.
A 28 gauge shooter too!

Thanks for you reply. Yes, I was told it was the Maltese cross or St. John's cross. Not the german iron cross cause this SxS was made in 1898. I have seen it on other Scott shotguns and and I thought it was a brand seal.

Regards!
Templar cross (Malta)....may have belonged to a mason

CJ
This star is not uncommon on Scotts. What does it signify ? 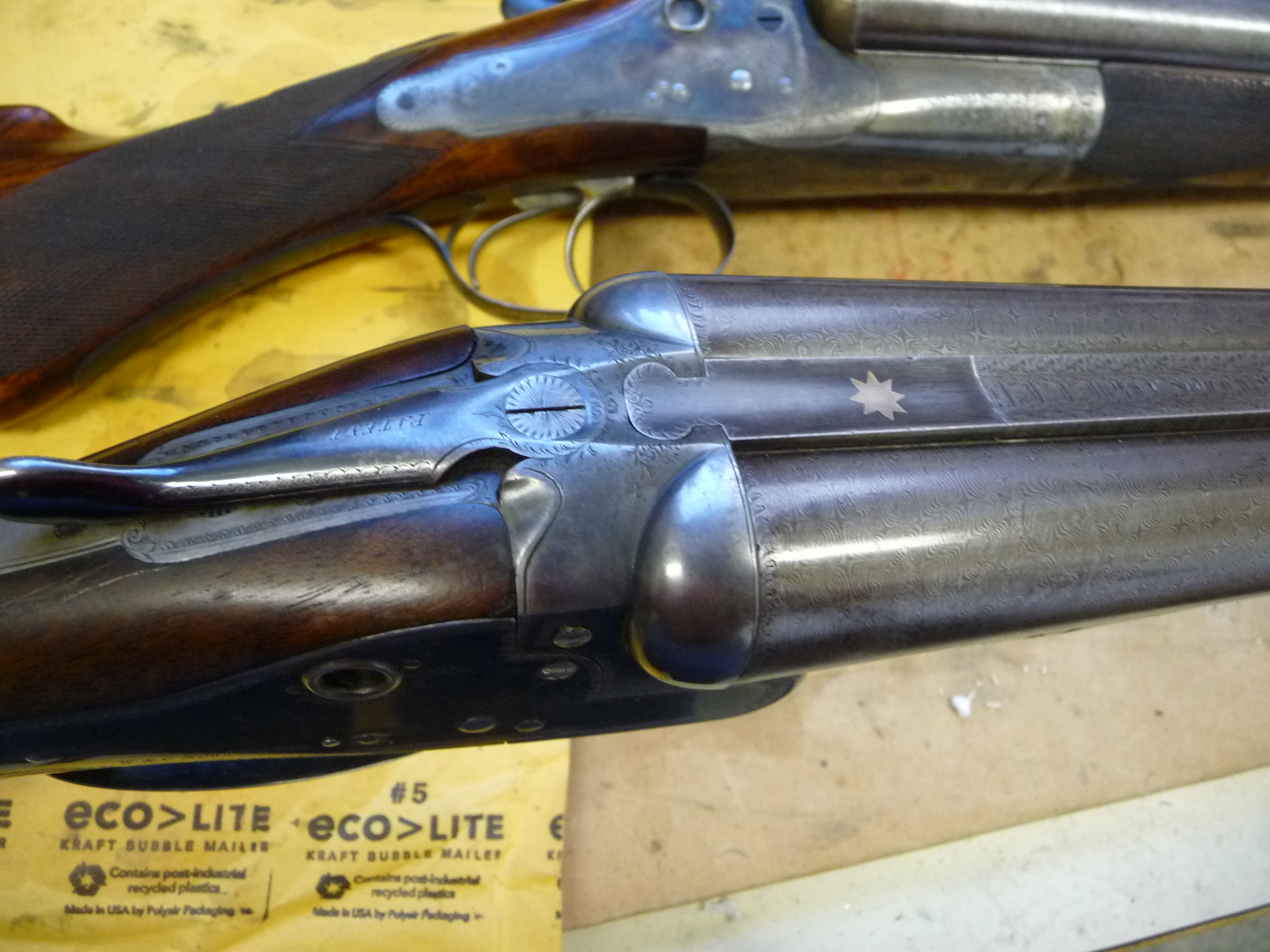 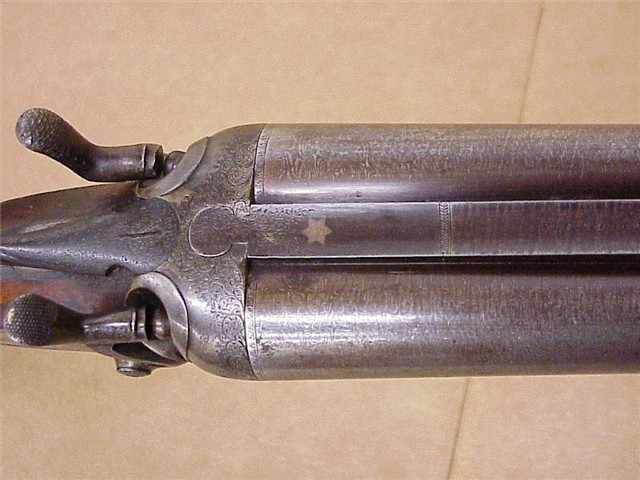 in the last paragraph "The Camaronian Badge:

" one of the oldest insignia in Scottish heraldry - the Douglas star. Its first use dates from circa 1350. More properly it is called a roundel, the wheel of a spur."

Cheers,
Wolfgang
Wolfgang, thanks. I recently added a Scott with a 6 pointed star to the post with the 8 pointed star. I am sure there is a special meaning to each. Does the roundel or Douglas come in other than 5 points ?
Daryl, the Problem are the Points - there is the Brunswick Star with 8 Points:

Wolfgang
look the Charter " The Points of the Star" !

Wolfgang
Wolfgang, I have had fun , this boring afternoon, while the temperature outdoors will reach 22 degrees Fahrenheit below zero this evening. That's around minus 30 degrees Celsius for those who use that scale. Keep up the good conversation and if you have extra time, Wolfgang's website can tell you some wonderful things about guns. http://www.hunting-heritage.com
Amigo-- The German Iron Cross dates back to the Napoleonic Era and the resultant war in which the Russian Winter kicked Nappy back to France with his tail between his legs-- It was reinstated for WW1, with the addition of the Knight's Cross to the Iron Cross- By then there were two classes to the Iron Cross, 2nd. Class (Awarded to Hitler), first Class, and then the Knight's Cross-- in 1939 about the time of the invasion of Poland, Hitler added, in order- the oak leaves, the swords, the diamonds, and lastly-1944 the gold oak leaves. To the best of my knowledge, as I have studied the Luftwaffe Aces and their histories, I believe only Erich Rudel was the only pilot from 1940 through the end of the War (ETO) to receive the complete programme of all Luftwaffe Aces being so honored. In WW1, German pilots in the realm of Baron Manfred Von Richtofen and his wingman- Hermann Goering- received The Blue Max award--
W & C Scott & Son London 10 GA Shotgun S/N 29215 with Maltese cross:


Wolfgang
Hill Rod and Gun has a Scott Exellentia with an 8 pointed star. They suggest that the star might always be on this model.