doublegunshop.com - home
I have usually used a very light application of grease on the hooks of my doubles but I am aware grease is a dirt magnet. I am considering changing to a light coating of oil on the wear points. Main concern I have is oil tends to wick upwards to the head of the stock, even light coatings. (I store my guns muzzle down). What say you?
Grease for me, a thorough cleaning after my outing.
Karl
I use Tri-Flow, but have used grease too. Grease is more messy imho. Seems I never have a q-tip when I apply grease, so use my finger and have to wipe it off somewhere, and that’s usually on my pants since I usually don’t have a paper towel or rag handy either.

Tri-flow is better and easier for the unprepared.
I use a 50/50 mix of good quality automotive grease mixed with a light oil like 3 in 1. Wipe off each time the gun has been used and reapply sparingly.
Molycote by Dow Corning a graphite, does not attract dirt like grease or oil.
If a lube won't stay where you put it, there's no lube at all.

The part about grease attracting dirt and oil not doing so is a myth in my opinion.

I use grease on hinge pins, bifurctaed lumps, and bolts.

My mix is Mobil 1 synthetic grease mixed 3-1 with Permatex engine assembly lube. The tackifier in the assembly lube makes the mix stick to the parts like glue.

It's replaced after each use.
Grease on hinge pins, knuckle/forend iron joint, and bolts. I've seen galling on the knuckle from poor lubrication, and I don't trust oil there.

SRH
Either version of Mobile Synthetic. Knuckle, pin, lumps. Clean after use and repeat.

Best,
Ted
Originally Posted By: Stan
I've seen galling on the knuckle from poor lubrication, and I don't trust oil there.

I saw one of the FN made 'Winchester' O/U's gall in that spot.

The one I saw was actually an old MX8. Shameful.

Didn't realize spellcheck had screwed up "galling". I corrected it.

Best, SRH
Giacomo Arrighini the famed Perazzi gunsmith that came over from Italy in the early 70's to work at the Ithaca factory on Perazzi's swears by Triflow. And it is what I have used since the 70's on all of my guns. His son in law has taken over the business now and IIRC he recommends Slip 2000. Neither of them use grease no what the guys in Italy say. Either way I feel it is most important to keep it clean. Wipe the old off, whatever you use, and apply new often.

Here is just one thread on TS.com from 10 years ago where an Australian has his MX2000 gall and he used Perazzi grease. Notice that pretty much all the American shooters told him that Giacomo recommended nothing but TriFlow.

My JEG target gun has more than 100K rounds through it. Triflow has worked well for me 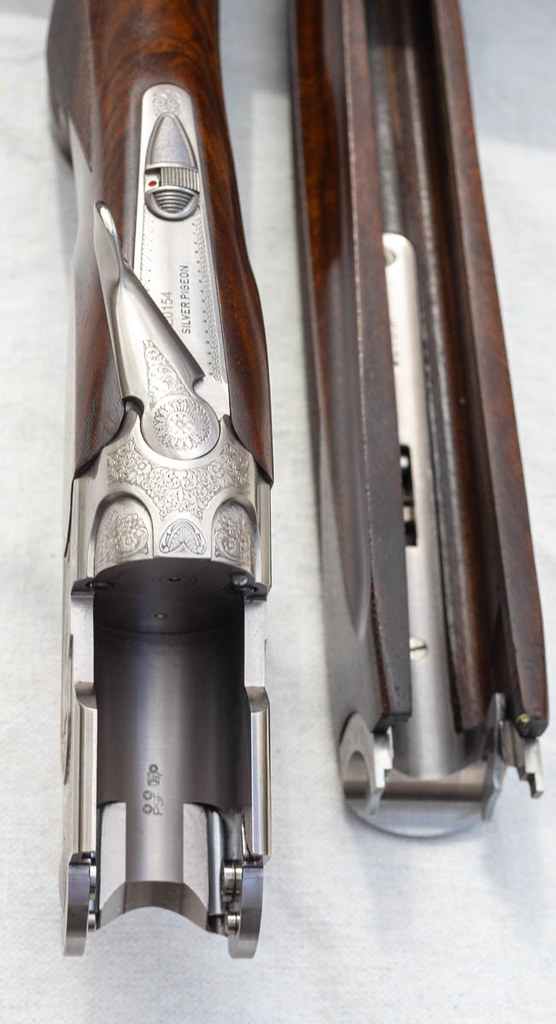 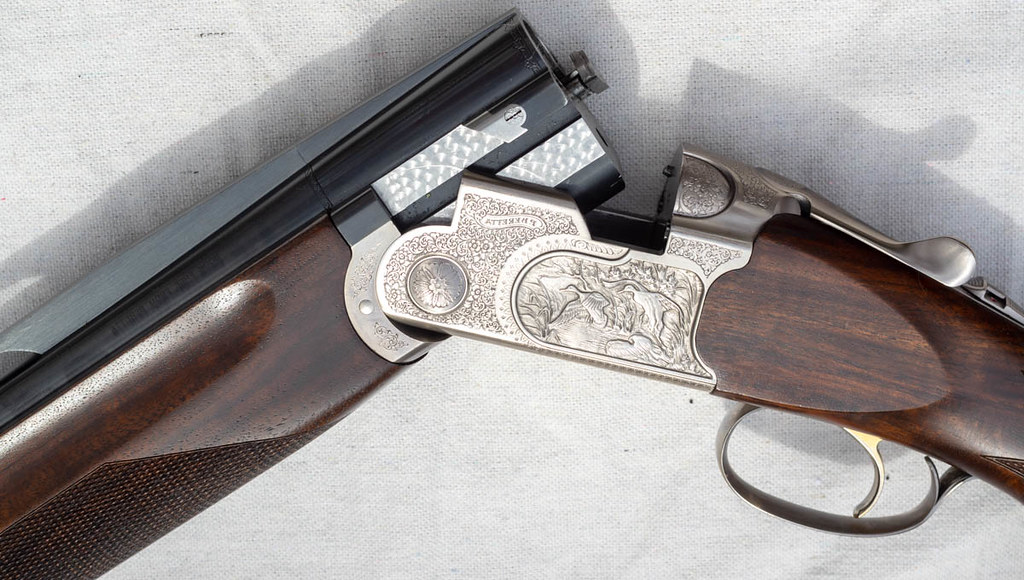 I daresay you clean and re-lube after every use, Cold Iron.
JR
Been dipping my pinkie into the same tin of RIG for ages.
Grease prevents grit from entering bearing surfaces. But not forever. I clean and re-grease my clays gun's bearing surfaces 4-5 times year with no appreciable wear for many, many years, and I shoot in fairly dusty conditions in hot summers here in Dixie. Bores are cleaned many more.

An oil like Tri-Flow is a super lubricant, but it will not block grit.
JR
I use K-gun grease on my hing pins/trunions and WD 40 on the outside for a rust prevenive. I wipe the old off after every trip to the range and wipe the outside at the same time. Last weekend this was 500 shotshells in the heat and humidity of LA. After 30 years of this no rust or abnormal wear.

bill
Storing SxS's up or down...

They were originally intended to be stored flat in their fitted case.

Flip a coin you want oil in the butt stock or oil in the forearm wood.

Once when I was hunting I noticed my hinge pin was pitifully dry....Me had no earl or greese on me.

I was out of water I and didn't want to take a wizz on me hinge pin...To save me gun I just hockered up a big ol'lou'e spat in her me hand and rubbed her on me pin.


As far as what lube on the hinge pin...Joe do you really think it matters.

Originally Posted By: Stan
G I've seen galling on the knuckle from poor lubrication, and I don't trust oil there.

SRH
Dang it...photos please.
Shockingly, the 'problem' of oil running into the head of the stock can be eliminated by (drum roll) not using oil.

So, yes, it does matter.

Hint: if you use one of the red grease products and you can actually see the color when applied, you used too much grease.
I stopped using oil on the hinge pin's of guns many years ago in favor of grease. Now here in Brit land the rusting country of the world because of its Maritime climate and salt in the air, well we all live not much more than seventy miles from the sea. Because of the damp atmosphere and the high rain fall oil as we all know floats on water and can turn to an emulsion with it, we have all seen those iridescent pools of water caused by floating oil. So grease won out over oil, but over the years I have tried automotive types and some other specialized greases and finally decided on just one, after I found out it was specified for use on deck equipment on our north sea oil rigs and was given a cartridge. I have mentioned this grease before in a posting even though it is manufactured on your side of the pond you folks could not find it. The grease is manufactured by Lucas Oil Products Inc. www.LucasOil.com. It is called RED"N"TACKY and it is all of those things, it clings well and does not become miscible with water at all and best of all it stays where you put it. I have posted photograph of the cartridge, I do highly recommend it's use on gun's because I have not as yet found any grease that will out perform it. 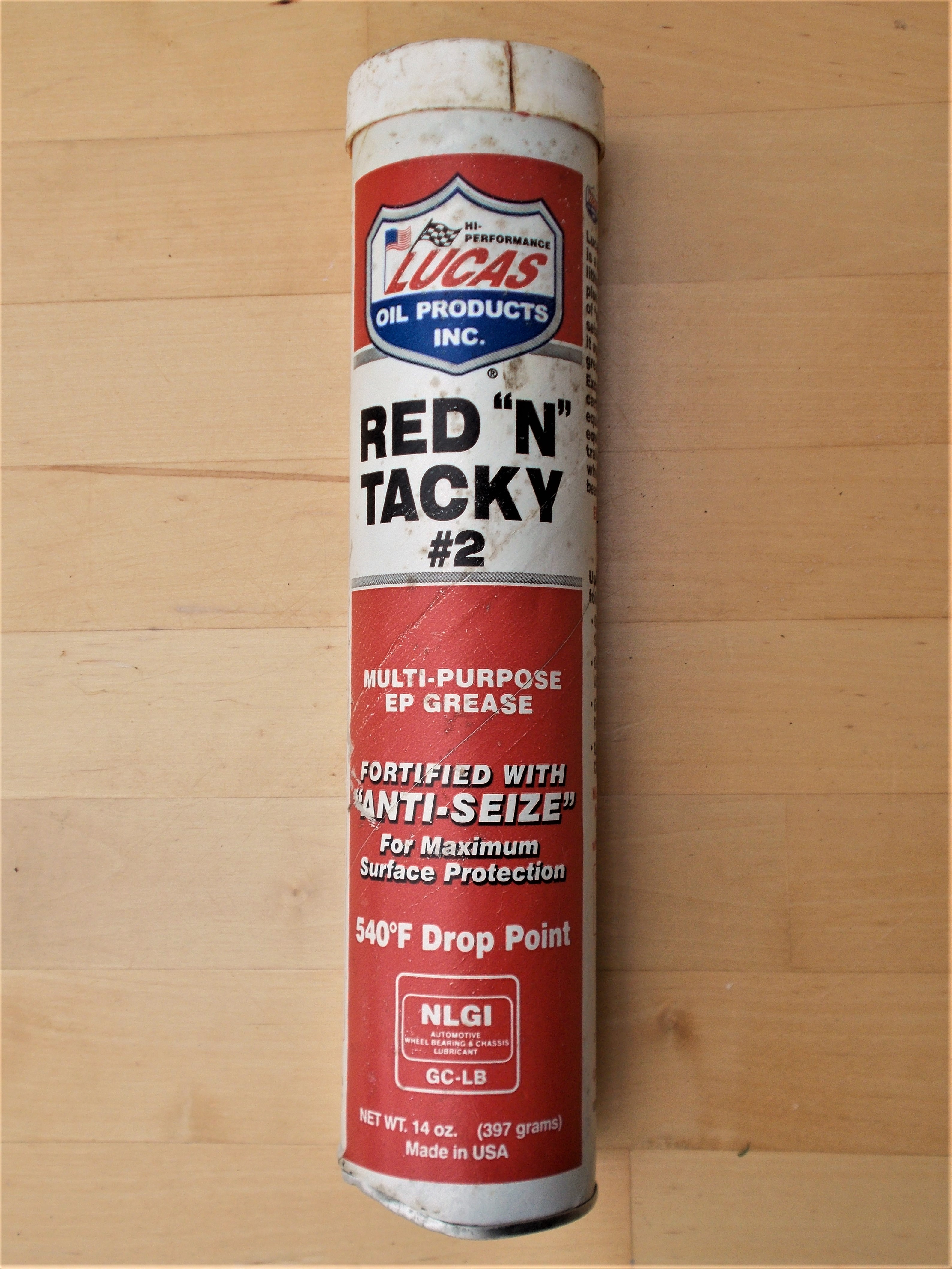 Thought I had better add a photograph of the back of the cartridge. 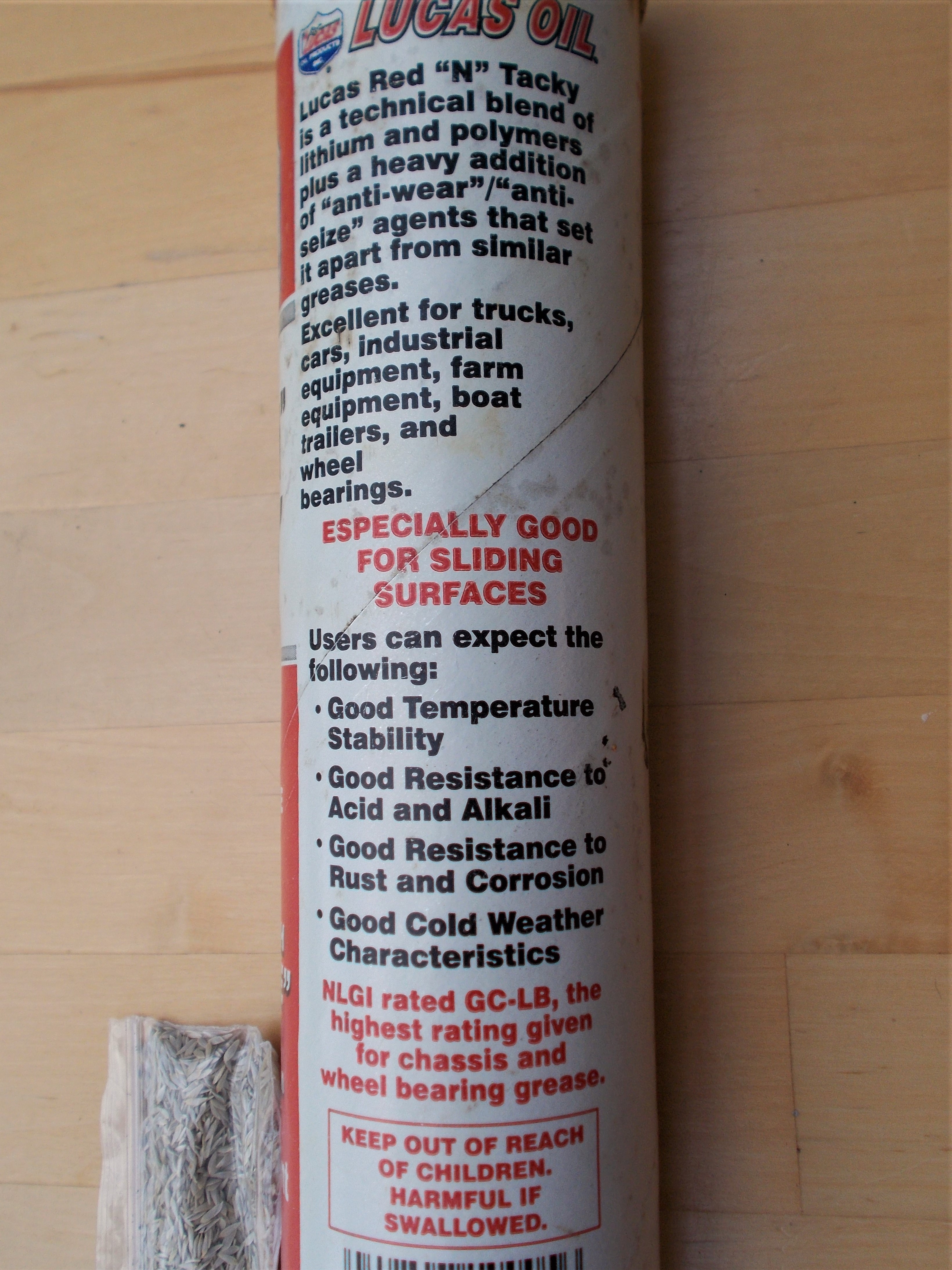 We use marine grade red grease for all our lubing on the farm, maybe $2 or $3 more a tube that black grease. It is made for displacing water--recommended for boat trailers and such. I just keep an old plumbers silicone plastic container full.
I drilled/tapped and added zirk fittings on all my graded guns just for safety!
Probably a lifetime supply of that grease for a few guns, Damascus. Lucas products are available locally, I use the fuel system cleaner in my vehicles in the last tank of fuel prior to an oil change.
The only problem (for me, NOT you) with the non synthetic greases is performance at sub zero temps. The wide range of temp that the synthetics stay consistent at is a big plus for their use.
I’ve had some trips that featured hunting in T-shirts at the beginning, and ended in the cold front that follows a winter storm in temps well below zero degrees F.
I suspect most who post here will never have a problem with lack of maintenance cleaning and lubrication of firearms. But, it is good to see what others use, and why.

Here's hoping you did NOT take that seriously, RWTF...
JR
Shelf life of white lithium grease isn’t all that great, and it is hard as a rock when it is cold out. If I had nothing else, I would use it, but, there are better lubes out there.

Best,
Ted
Originally Posted By: Run With The Fox
You are joking, amigo. A Zirk grease fitting for a John Deere kingpin, but on a 12 bore AHE Parkergun-- like putting a Poly-Choke on a Pigeon Grade M12 Skeet gun- You have gotta be kidding. I use the same white lithium grease that comes with a garage door opener(Chamberlain)-- and apply with clean Q-tip on the hinge pins on my doubleguns--RWTF

and white lithium certainly sux as a gun lube totally

I take everything I read on the DoubleGun BBS dead seriously-especially those postings from the Parker boys-IMO they take their "Old Reliables" and "Seriously" as Abner Doubleday took baseball- RWTF
Originally Posted By: Wonko the Sane
and white lithium certainly sux as a gun lube totally


Why? I use it occasionally, when it's the only thing handy.

I believe one can overthink this gun lube thing. They are steel machines moving are very low speeds. Nothing too complex.
© The DoubleGun BBS @ doublegunshop.com